We are pleased to announce SongKong 6.12 Bizarro, named after The Wedding Present’s second album. 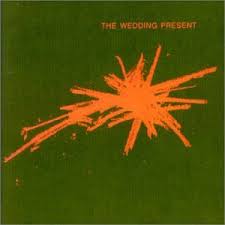 Lots of improvements in this new release, please see

New Album Year and Original Album Year Fields Before SongKong 6.12 there were two date fields: Year Original Year Original Year held the date of the earliest release the song could be found on, this could be an earlier version of the album the song had been matched to, or a completely different release such as a single. It was very useful for Various Artists compilation albums because it could store the release date of each song, whereas the Year field would by default store the date of the …

Naim does not store metadata for Wav files in the files themselves making it difficult to transfer the files for use outside of a Naim system. For many customers SongKong with a Melco license has made it very easy to read the metadata added with UnitiServe systems (amginfo.xml, cddbinfo.txt & useredits.xml) and add it to the wav files themselves. Now with SongKong 6.12 we can also read the metadata added by the newer Naim UnitiCore systems (meta.naim), and Naim also use this system for Flac f…

We have made some improvements to filename masks in SongKong 6.12 Added New Filename Masks for splitting music collection into Classical/RockPop sections We have added 4 new filename masks to help with organising your music collection, at the top level they split albums between Classical and Non-Classical (RockPop). [image] This is especially useful if you are using MinimServer on Melco because you can then match the Classical songs with MinimServer SongKong Classical profile and the PopRock …

A number of improvements have been made to Delete Duplicates in this release. We have added a new preferred deletion criteria - Compilation Album [image] If one song is matched to a compilation album and the other is not and this new criteria is in use the song that is part of compilation is deleted (this is determined by looking at the Is_Compilation field). This is most useful if the user is looking for duplicates at song level only so they do not care too much about albums but would pref…

Renaming like iTunes
How do I get SongKong to consolidate "Ace Of Base", "Ace of Base", and "Ace_of_Base"?