We are pleased to announce the release of SongKong 6.10 Odelay, named after my favourite album by Beck released in 1996. 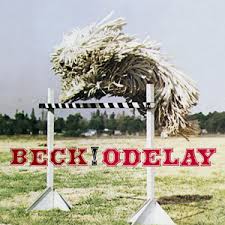 The main purpose of this release is to introduce a brand new Windows installer, solving most installer issues.

We also remove the Izpack linux installer because this required a windowed system to run the installer and did not install desktop shortcuts properly, for now we just provide a simple tar installer that can be extracted to preferred location.

There are also a number of important bug fixes.

If upgrading from previous install please read Upgrading to SongKong 6.10 on Windows

Linux users please note we don't currently provide a full installer because the previous one did not work properly. So instead we just provide a tar that can be extracted to your preferred SongKong location and run from there, we expect to provide full rpm/debs installers soon but would also appreciate guidance on preferred linux installation method from customers.

We have now improved the docker image so that it can be used to run SongKong cmd line options not just the standard remote interface, see here for details.

Please note that there is still an issue for MacOS 10.15 if you have an external or multiple monitors this can cause a crash which occurs with SongKong 6.9 onwards. This is a bug in Java that has been resolved in Java but we are still waiting for this new Java version (11.0.9) to be released so we can resolve this in SongKong, as soon as it is released we will issue a new version of SongKong.

If you are encountering this issue then you can use SongKong 6.8.2 until the issue is resolved
download here