We are pleased to announce the release of SongKong 8.9 Bleach 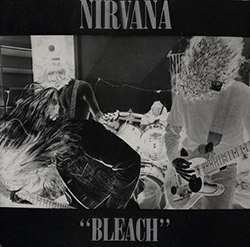 This release fixes a number of issues including three important issues.

Reports not displaying correctly when using Safari browser on MacOS
Safari didn’t like that reports were being opened directly in browser as a file, we have now changed so the reports are served using the local embedded http server, this is what we already use when in remote mode.

Invalid encoding can be used when writing to Wav files
Wav files support two different tagging systems, the original LIST tag and the newer more flexible ID3 tag. SongKong writes to both tags, it is expected that the ID3 tag will be the one usually used by customers music players but we also write to the LIST tag for compatibility with older software. But there was a bug with how data was written to the LIST tag if the the text was not in the ascii charset, this is most visible when writing characters with accents, this has now been fixed.

Naim UnitiCore Fixes
SongKong can read the proprietary metadata file sused by Naim for Wav files and add it into the wav files so it can be read by non naim software. We found a few bugs and oddities that have now been resolved.

SONGKONG-2371 RemoteUI:If fails with NetworkExceeded should pause and user should have chance to restart instead of just stopping

SONGKONG-2173 When open a report from SongKong using Safari sometimes incorrectly not loading all resources.

SONGKONG-2379 Match to Naim Unitit meta.naim file not adding non-performer roles such as ENGINEER or PRODUCER