Issues with combining double albums into one

First post and it could be a long one…

Given I’ve got some time on my hands I’m tidying up my library on my EX Melco.

Songkong is up to date.

I have a number of albums that are double CD’s - few examples are Editors - In Dreams, Metallica - Garage Inc and Leonard Cohen - Live in London.

Using Editors as a test I made sure both of the In Dreams discs had the same album title within Songkong, then I numbered the 2 albums as 01 and 02 and using the subtitle function to name the main album as ‘Disc 1’ and the second album as ‘Bonus Disc’

I saved SK and rescanned Minimserver…perfect! Just the way I wanted. 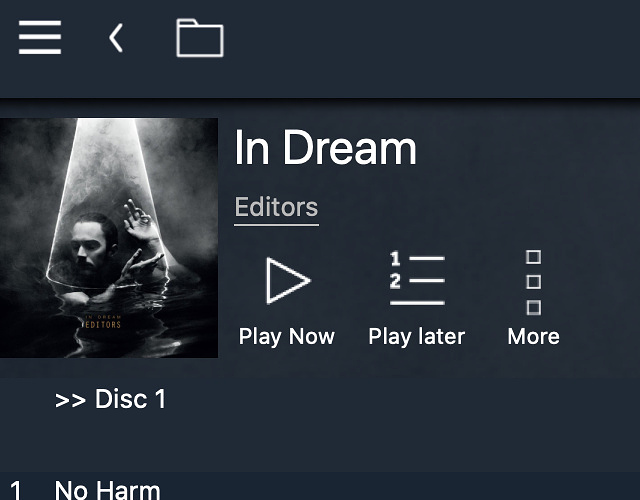 Next I did Metallica and again it worked perfectly. But after that I did Leonard Cohen Live in London. Nothing different about the way it looks or any of the settings, but it after a Minim rescan I can see that is ignoring disc 01 of 01 and disc 02 of 02 (and the disc subtitles). Each album has 13 tracks but Kazoo shows 1 album of 26 tracks.

I’ve gone through a good few double albums and some work like Editors and Metallica and equally there are plenty like Leonard Cohen as well. I’ve trawled through the settings for each of them and I can’t see anything different on the ones that don’t work the way I’d like.

What I am doing wrong or what have I missed? Any pointers much apprecicated

Hope the above makes sense

Firstly there is a slight mismatch between MinimServer and SongKong. For MinimServer to identify the discs within an album the Disc Subtitle field has to be set differently for each disc, but SongKong does not put anything in the Disc Subtitle field unless the disc actually has a real subtitle rather than just Disc 1, Disc 2 since that would not meet the metadata standards. But you can manually add Disc Subtitle as you have done using the Edit Songs Metadata option. 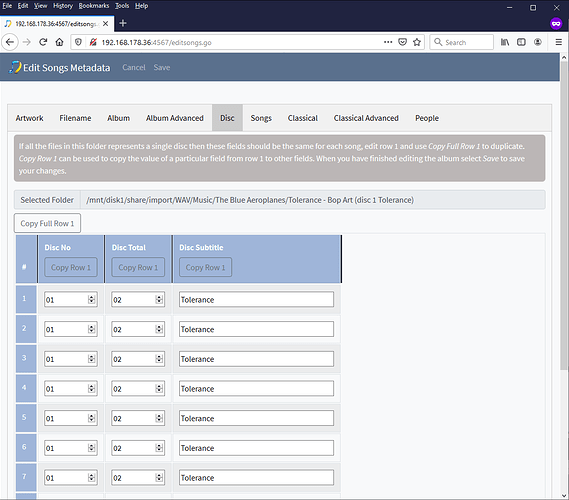 With SongKong you can convert existing v23 tags for mp3’s using the Save:MP3 Metatag Version field 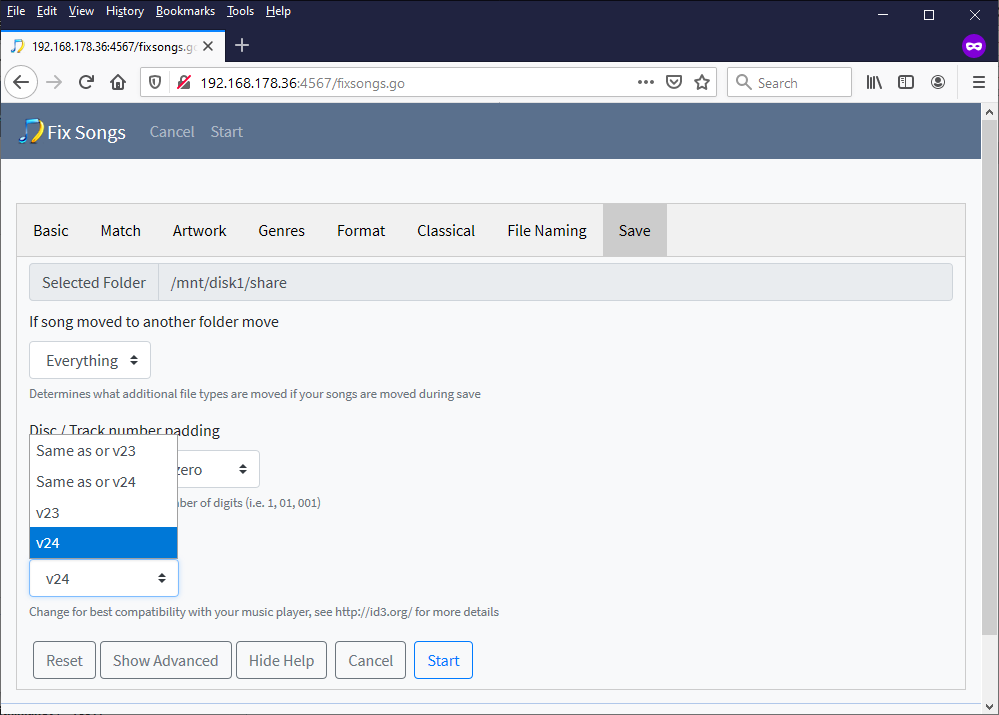 But this doesn’t currently work for Wav/Aif files. But you can convert them by using Jaikoz instead

I am currently working with Simon from MinimServer to resolve these two issues.

Thanks for the reply, much appreciated. Makes complete sense.

Although - I have a John Coltrane 16 album boxset - ‘The Complete Prestige Recordings’ all ripped as wav, 16 different albums, but all grouped together as 1 boxset in Kazoo.

What is different about that I wonder? 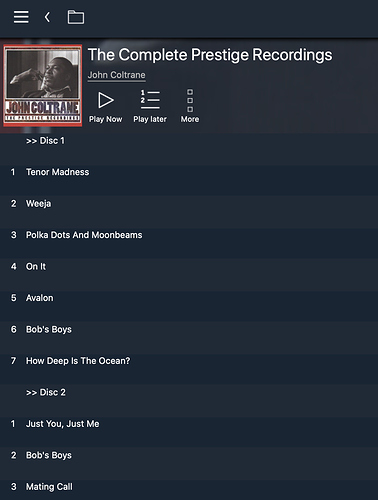 Not sure, if you could run Status Report from SongKong on that album and sen me support files that might give me the answer.

In general it is not an alternative I like much because if you use your music outside of Melco/MinimServer most apps will expect all tracks of one album to have same album name, so will treat this box set as 16 separate albums. But if you are using only within Melco/MinimServer then it works and avoids both the ID3v23 problem and the need to manually set Disc SubTitle if you set Multi Disc Releases to Always add Disc No information to the release title on the Format tab 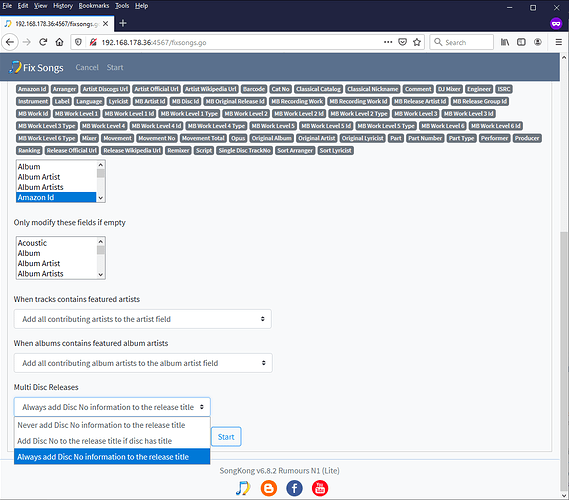