How To Display More than 1 disc

SongKong is release based rather than disc based, but you always select music to match by folder. So I assume you have selected /path/album/disc1 and now wondering how to do disc2 ?

If you are still unsure please select Create Support Files - this will upload your latest reports and log files so I can see exactly what you have done.

BTW just moved your question into the SongKong Issues category

its a folder with 3 subfolders CD1, CD2, CD3 I scanned the top folder hence all 3 discs, the report shows the correct no of files for all 3 discs

So hasn’t it done it then (I dont understand the problem) ?

Thanks for the support files, so I assume you are taking about Beatles - Abbey Road (Deluxe Version)

SongKong works on releases rather than discs, so it identified your spread over 3 folders and matched them to https://musicbrainz.org/release/a5746e22-9b9a-4623-97c7-66480ba2a1fb . This is a digital release and doesn’t contain three CD’s just 40 tracks, that is why you can only see 1 CD.

There are a couple of other versions of this album also containing forty tracks:

but split over three media (equivalent to discs) even though digital media. So maybe that would have been a slightly better match for you, matching multidiscs to multidiscs is harder than than to a single disc album, its possible there is a little bug preventing the match, bit hard to say.

Your options at the present time are: 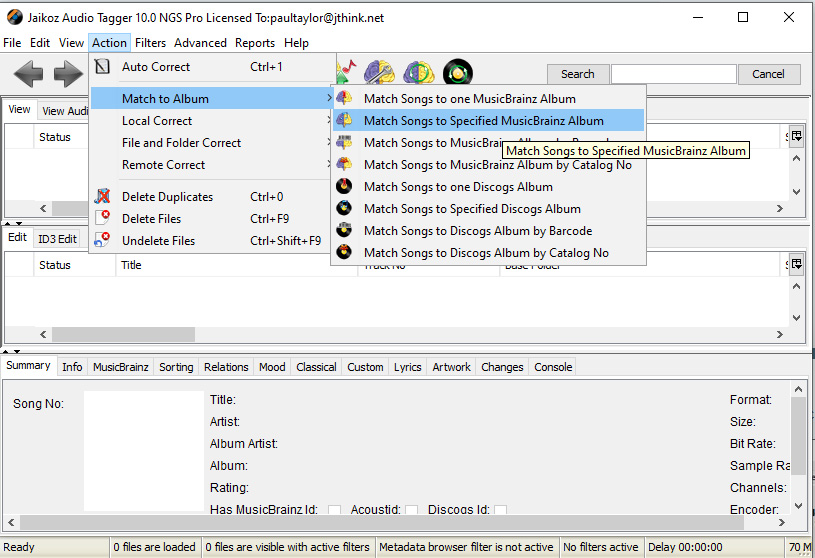 Got it , thanks for the effort

I scrapped the subfolders and put all files into the main folder now I see 40 !!

the joy of multi releases