Hopefully a simple question, but I am not finding the answers that I need.

I am looking for advice on handling multiple releases of the same album, lets say regular CD along with a Deluxe CD.

I have the files organized into different source folders, SongKong at the moment is processing the files and the end result is that the files from both releases end up in the same folder. Is there a way to keep these separate? A specific naming convention or something?

First it should be noted that by default SongKong does not rename files, and if you want it to rename files it can renamed based on any of the metadata available. 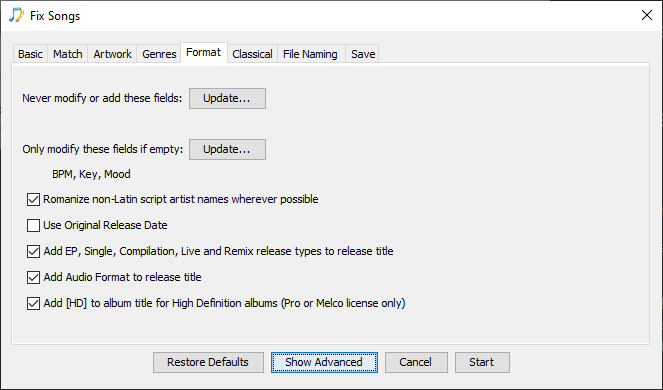 However, none of these would necessarily differentiate between deluxe and usual release sometimes this is stored in the MusicBrainz release title and sometimes not, when not I need to consider to store the release disambuguation (comment) if exists from MusicBrainz, and add the option to add this to release title.

You could also use Catalogno (or even Barcode) in the rename mask, these will be different but it may be difficult to recognize which is the deluxe version form catalog no.

Another approach may be to include the Year, as usually these deluxe versions are released later on.