SongKong on Nas not moving files on music folder

What really happens: SongKong finds the new files, fixes them, and then saves them to an unknown location. SongKong reports that the files are in the music directory, but when I check on the NAS’s web interface, they are not in the “music” folder where SongKong reports them to be. SongKong is able to play the moved files through the “Reports” interface, so it stands to reason they are

What you have to remember here is that /music is a mount point that has to be configured for SongKong to work, but it doesn’t necessarily map to a folder called /music.

e.g
On a Nas the main window is always rooted at /music 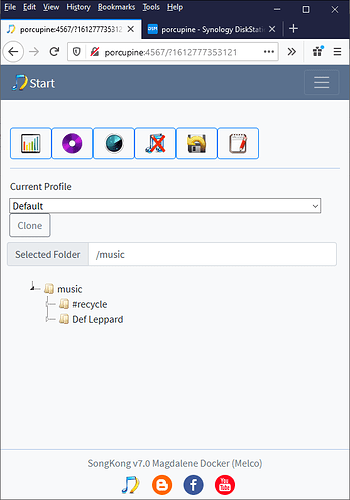 but in this example /music is actually mapped to /music2 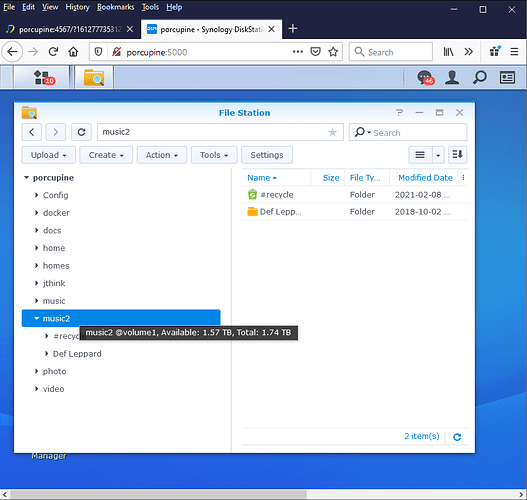 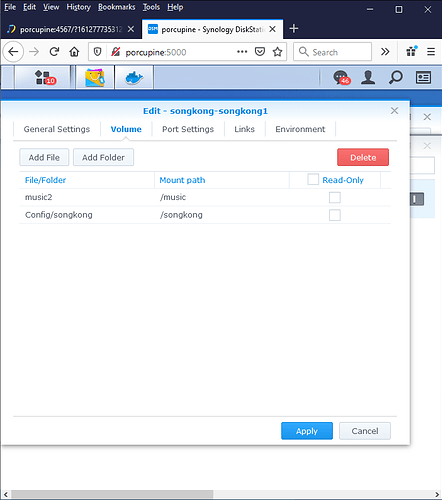 So I think there maybe some confusion here about the paths, when you set the Move Folder path with SongKong could you actually see the folder you wanted to use in the tree or do you just type it in ? 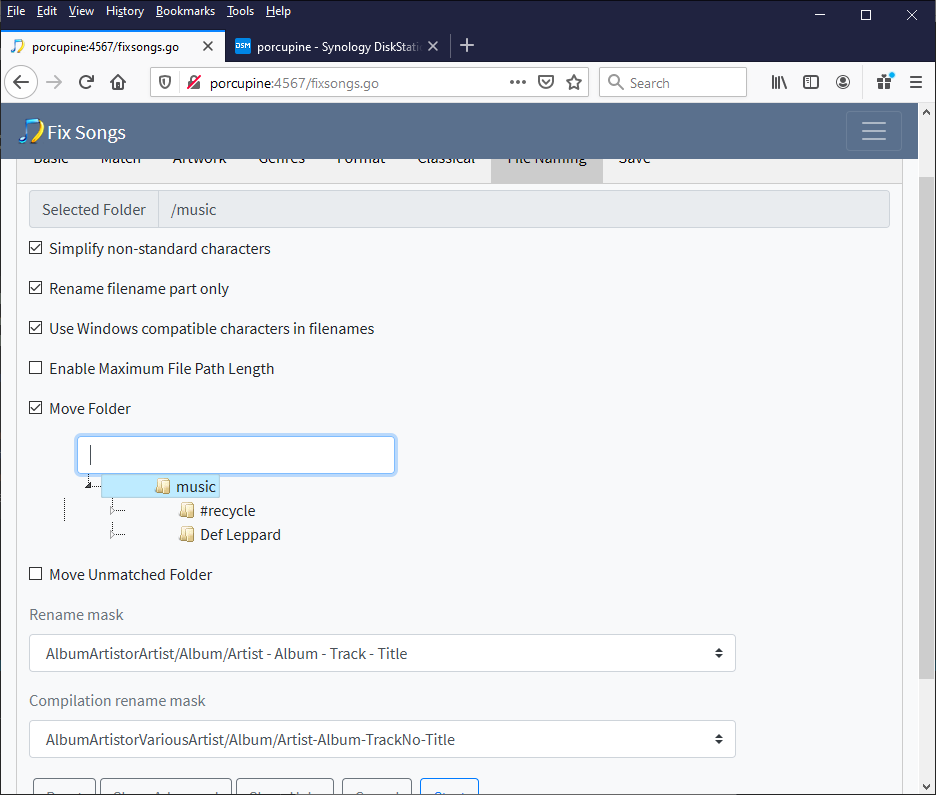