SongKong on Melco:Stuck in a loop

I am trying to run a fix on an imported album however there is an unfinished task still running that I can’t get rid of. I get the message ‘you have already started a fix songs task, multiple tasks cannot be run in parallel’ So I cancel it and it says report creation has been cancelled, just finishing off. It’s been stuck on this for days. How can I get out of this?

Is this on on a Melco, I would suggest you: 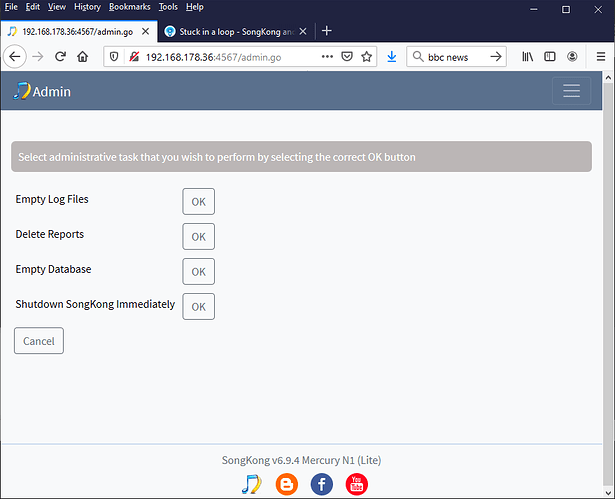 Done all of that. Sorted the problem, thank you

Thankyou for the support files, actually the last thing you ran was not Fix Songs but Watch Songs. Watch Songs has no set finishing point, since it monitors the folder you have selected for new songs it will just continue to run until you cancel it. 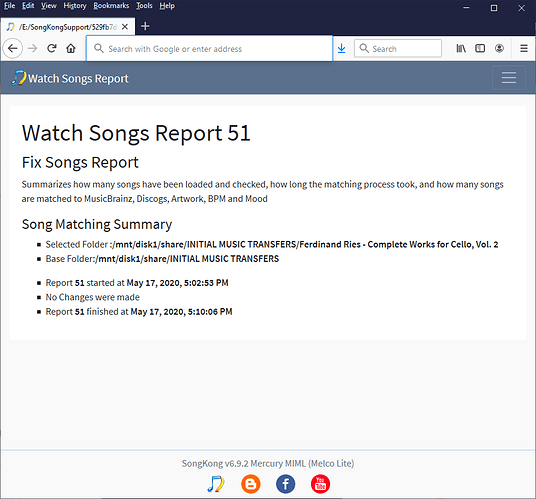 Having said that if you do cancel it it should create a report and then finish, so there maybe some issue with you starting Watch Songs and then trying to run Fix Songs at same time that I will investigate further, but I think the key thing is that you ran Watch Songs rather than Fix Songs by mistake.