SongKong not updating all metadata fields

Songkong is apparently not updating / pulling over the mixer data if the song has metadata for this field in musicbrainz. I confirmed this by looking at various songs in Picard.

And I am curious why songkong labels the field “Script” as ‘Latin’ intead of ‘Latn’ as marked in musicbrainz. Is this to make it human readable?

Also here is another example for the mixer field for another song.

Here is a screenshot of the original file before songkong ‘updated’ 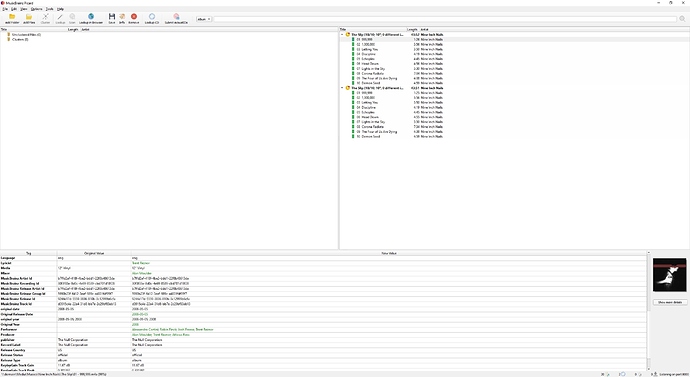 Now here is the song updated by songkong: 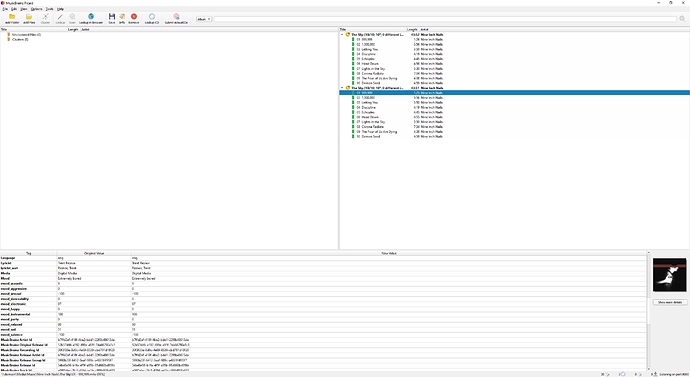 apparently not only did songkong not add the mixer value it removed the mixer line entirely.

Would be much easier to determine if you sent SongKong reports rather than picard screenshots. But anyway it could be for a number of reasons. 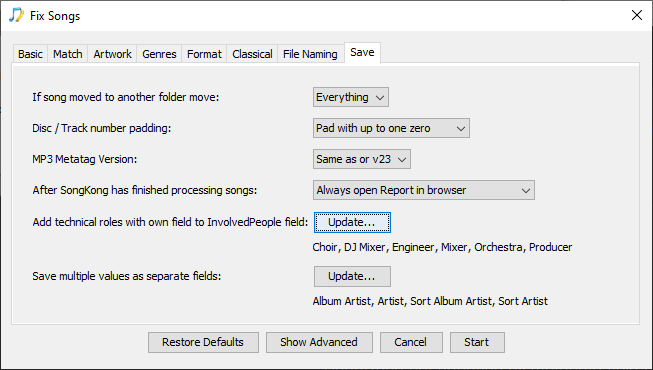 Last time I ran songkong was well over a week ago so you have all my current reports. Have been patiently waiting for the next release. I had hoped using Picard would help me identify and maybe even fix some of the error’s listed by songkong. Anyways since I was motived I have started another dry run with the current version of songkong. Once it is completed I’ll send the results.

Looking at the last report, the original release https://musicbrainz.org/release/9244e17d-5559-3836-810b-3c12999b6cfa you can see mixer is stored at release level (not track level) so SongKong doesn’t currently use it. 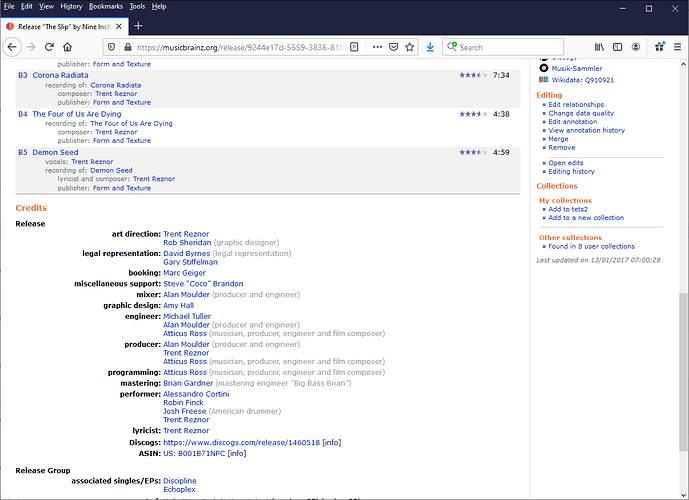 But then because you had SongKong set to Rematch rather than Update Metadata it ignores the existing Picard match anyway, and it matches the songs to https://musicbrainz.org/release/34b48e96-b1fa-4f5f-a95b-95d668bd956c

This release does not have a mixer role at release or track level, but it does have a vocal credit at track level and that has been added. 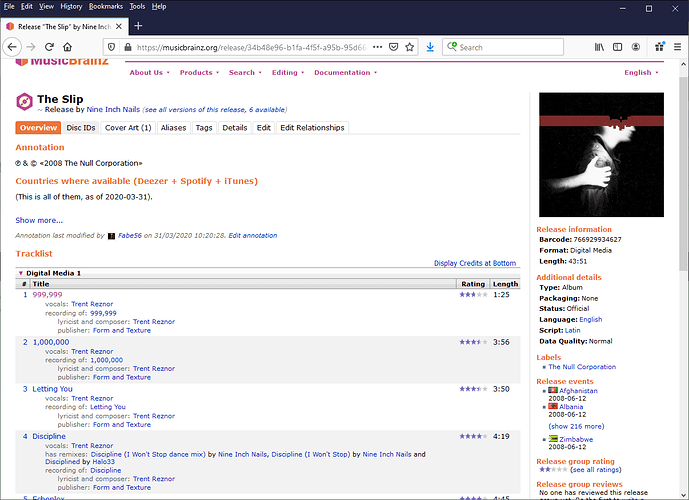