Hi since last update 8.4 i can’t start songkong on Melco N100
from menu starting songkong service on, the device say finished but the indicator stay in position off and was unreachable
Melco is on the last firmware, i try to restart the device
any idea
many thanks 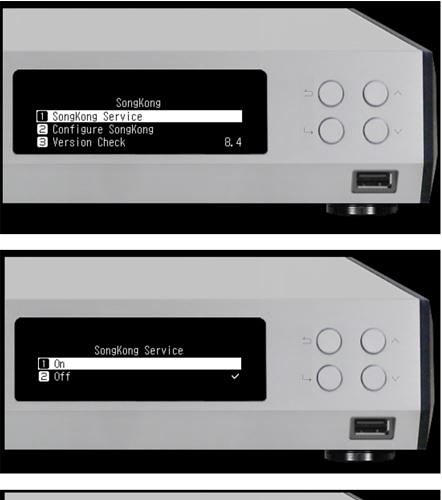 There was a mistake with the Melco build of 8.4, I quickly replaced so for most customers who have installed 8.4 should have no problem. But unfortunately if you installed the early incorrect version there is no facility to uninstall a version on Melco it you cannot simply install new version of 8.4 over existing bad version.

So I have just released 8.4.1 for Melco, because this is a higher version than 8.4 it can be installed as usual and will solve the problem. But after installation you may need to restart SongKong service from the OLED.

The 8.4.1 version has only be released for Melco it is not required for other platforms.

Many thanks Paul
your release 8.4.1 work great and solve the problem