We are pleased to announce the release of SongKong 6.9 Mercury, named after the album by American Music Club released in 1993. 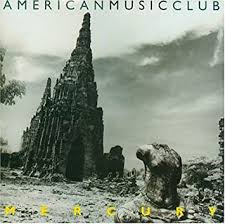 In order to resolve various issues this new release now uses Java 11 instead of Java 8 , this was a major change that required alot of work behind the scenes.

It also means that:

Improvements for MinimServer and Classical

Add Composer to start of Overall Work, this is used by MinimServer for indexing Classical Works

When using MinimServer uPNP server to play your classical music with the SongKong Classical profile enabling this option will show the composer as part of the work name in the Work index. This can be very useful for distinguishing between completely different works with very similar names written by different composers.

Add Composer to start of MinimServer Group, this is used by MinimServer for playing Classical Works

When you play a Classical work with MinimServer uPNP server enabling this option will show the composer when you play the group corresponding to the work. This can be very usual for distinguishing between completely different works with very similar names written by different composers. Because MinimServer only allows groups for work containing multiple contiguous movements enabling this option also includes adding the composer to title if the work has no movements.

Other Classical Improvements and Fixes

Classical compilations album could end up with unwieldy album titles if the Add Composer to start of Album Title options was used, so now we limit to use a maximum of three composers in the album title.

Before this release SongKong would sometimes have to use tmp files when modifying mp4 audio files, this could cause issues due to operating system permissions. Now we no longer need to use tmp files this is more reliable and quicker than the old method

I use an old late 2009 mac mini (Late 2009 - 2,53 GHz Intel Core 2 Duo - El Capitan OSX) and after the update SongKong seems that it’s not working!
I run a java update and it seems that remained in the 8 version!
I suppose my mac mini is no longer supported?
Thank you!

EDIT: uninstalled and reinstalled the app and it’s OK now!!

It was not working as the old version appears.