Not writing to maps

Songkong writes everything into a folder or subfolder.
How can this be avoided, I would rather have 1 folder called music containing all the files

Hi, by default SongKong doesn’t rename or move any files it just saves the changes to where they already are.

Now if they currently exist in separate folders but you want SongKong to move them into one folder then that is possible but I really would advise it. Most applications assume folder represent albums, if you remove the folders then it is difficult to organize your songs. Even if they have good metadata after running with SongKong you have removed a level of structure, and SongKong will likely not be able to identify all your music and so it will be hard to organize if all in one folder. Also performance will suffer, applications will struggle if they read folder at a time and all your music is in one folder.

But if you want to do this 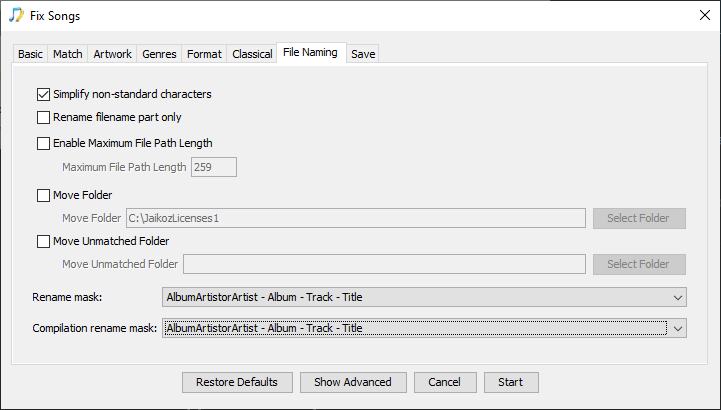 This will move all identified all albums into one folder, but will leave the albums that could not be matched where they currently are so they be further processed.