For making significant changes to large number of files such as initial SongKong Fix Songs there are advantages to taking a backup and then processing backup directly on a PC or Mac.

But if you have SongKong configured to rename files you should be aware of the Melco backup folder structure, this is of the form:

e.g for the main disk

In each case you select the folder in SongKong you should actually select the Music folder. 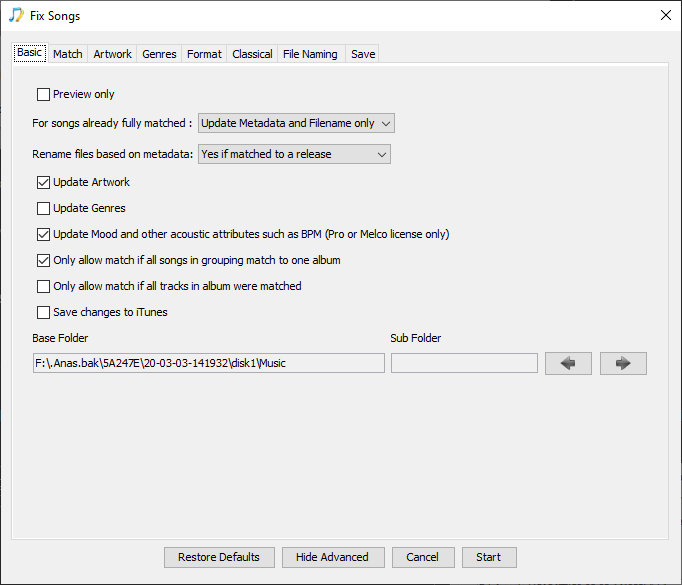 If it is not 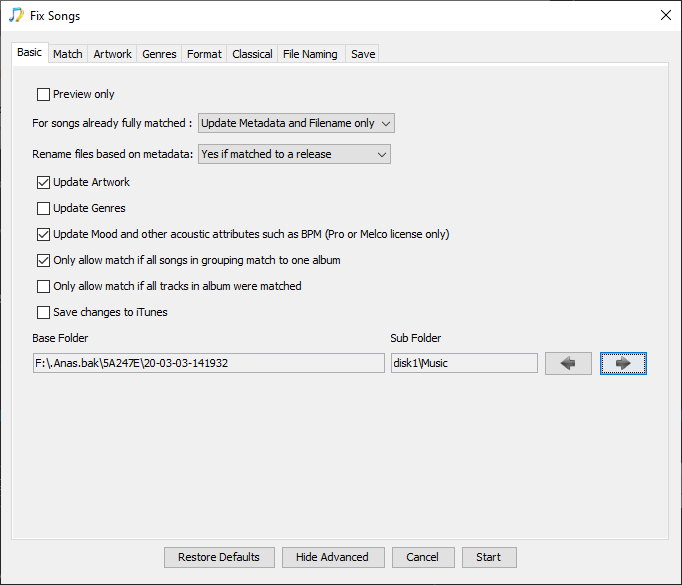 then use the left arrow to shift the components from the Sub Folder to Base Folder field. This is required because Rename Filename from Metadata will generate the sub folder part from your metadata, but use Base Folder as the starting location. Since Music is not part of the songs metadata this folder would be lost if not included as part of the Base Folder.

and ensure disk1 is in the Base Folder field 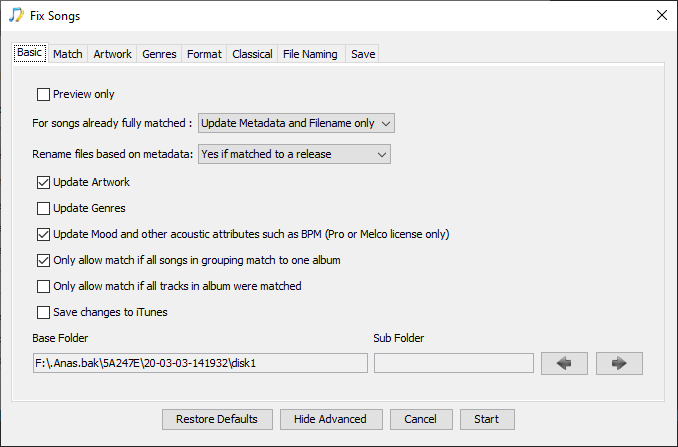 Note it is important to not select a folder below disk1 because for the restore of the backup to work the
.Anas.bak/UniqueId/Backup Date/Disk Name/ structure should be preserved.