How do I shorten filenames safelty

Paul, thanks for the tip. I converted the files from AAC (.mp4) to flac using Mediahuman and then back to alac (.mp4) and they are indeed now readable in SongKong. The problem is that most of the metadata in the original purchased AAC files is lost in the process. Interestingly I can read the metadata for the original file, for the flac conversion and for the final alac file using Kid3, so I can restore it all with a bit of manual effort.

Another question if I may. I’m planning to use an Innuos Zen Mini as my music store and I was dismayed to read that when you import files onto the Zen filenames are truncated to 70 characters. I find this hard to understand. Many of my tracks in classical albums have names that include the album title and sometimes the composer so are often much longer than 70 characters. Do you have any suggestions on how to rename files using SongKong to keep within the 70 character limit.

Hi, so the first step would be to use a very simple rename mask so that the majority of your tracks would not need to be arbitarily cut to 70 chars. At the end of the day you will mostly be browsing my metadata so filename does not matter so much, but you do want it to have the minimum to be able to identify.

I assume you mean each segment is limited to 70 chars (or do you mean the total of the whole path?)
Assuming your songs are organized into album folders you can store some metadata in the album folder, and no need to repeat at track level. So I would use a simple mask such as 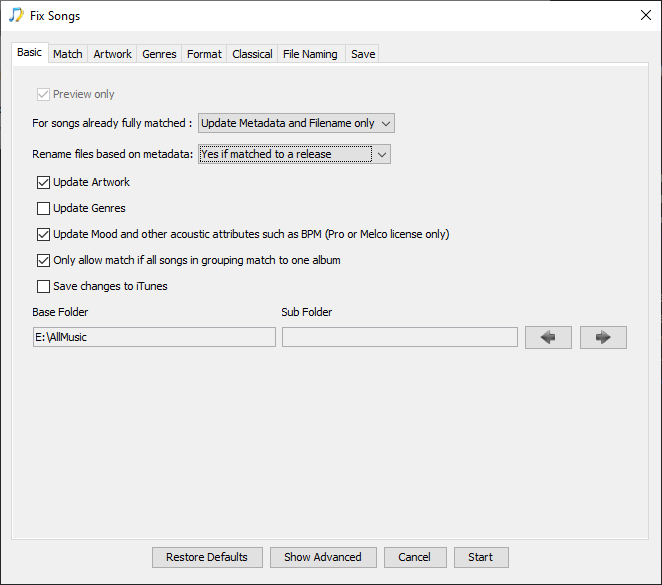