Can I tell the app to look at the filename only and add the artwork?

is there a way to pull down a art cover if you have just the artist name and title in the filename only of an mp3? have a few old files with the naming of such: charles wright - 65 Bars And A Taste Of Soul or some may have the hyphen without a space between the naming…

Can I tell the app to look at the filename only and work out the art to embed and add the cover?

SongKong has to identify the song and album before it gets the artwork, because the artwork is linked to the album. However using technology such as acoustic fingerprints SongKong should be able to identify most songs even when you have no existing metadata.

If you only want to add artwork and not standard metadata such as artist, title, album you can use the Fix Songs, add Artwork Only profile

The other thing to note if you have songs from different albums lumped into a single folder then generally SongKong will try to match al the songs to one album. If such an album doesn’t exist then it can only match song only and this means artwork doesn’t get added, but you can override this behavour by unchecking Only allow match if all songs in grouping match one album 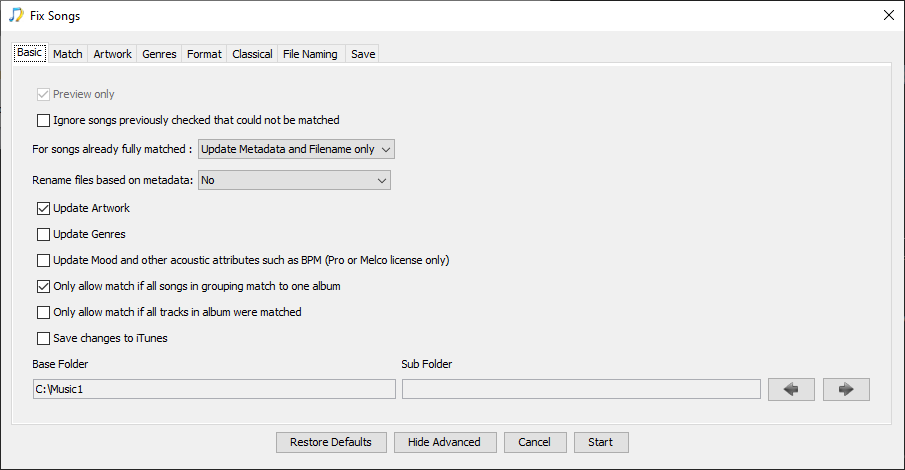