Can I combine libraries located in different folders?

I currently have my music semi-organized (originally in iTunes, then Mac Music, now Roon – which doesn’t actually change the existing files) in separate libraries: pop-rock, jazz-blues-world, and classical.

Somehow in the process of importing CDs and converting FLAC files to ALAC, I’ve wound up with another hard drive containing a few thousand classical tracks – some of which are duplicates, but many are not. I can’t just copy them into my SK classical base folder because many of the files are in subfolders of artist and album folders, and the Mac makes it difficult if not impossible to merge the contents of identically named folders without replacing everything already in them.

Is there a way to combine files from another drive/folder into my existing classical SK base folder, which is where the library currently resides? I don’t care if it adds duplicates because I can always run SK’s duplicate finder to handle those.

If I simply copied the entire folder on the other hard drive (say, in a folder called “Unfiled classical”) into my existing SK base folder, would SK sort out the albums/folders it contains and put them in the right places?

Thanks again, Paul, for such an invaluable piece of work!

You can select multiple folders from different locations to process in one go if that is what you mean. The UI doesnt make it super simple but just need to add each path in double quotes seperated by space into the Select Folder field 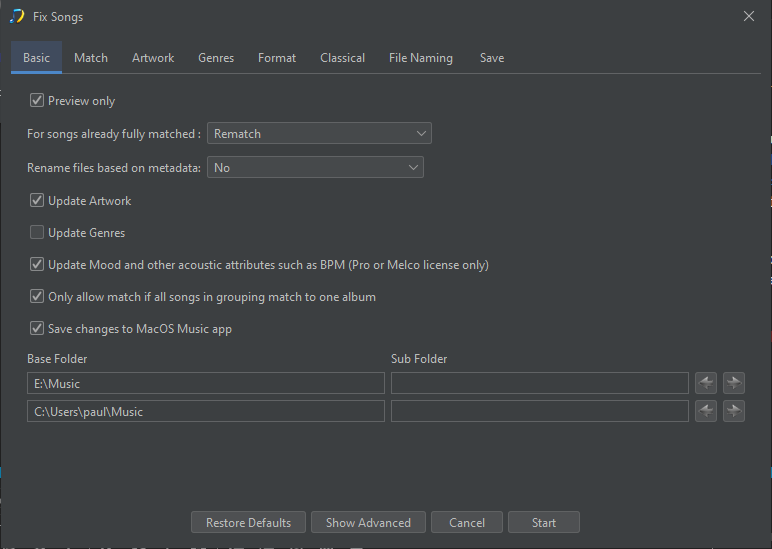