Hi @Dani82 - okay i understand you only have a problem at 200%, but I see a potential issue at 100% as it doesn’t match what I see, so I need to understand that first.

To this end could you please do the following:

Also, just want to check that it is a Windows PC using Intel style cpu rather than Arm? 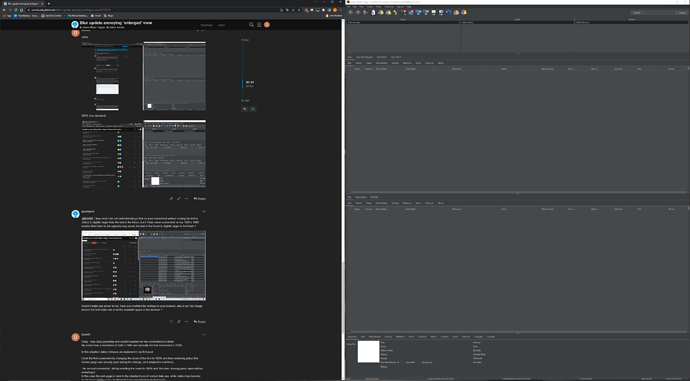 Ok so I assume the browser has all that space because the webpage has a a maximum width regardless of how much space is available. So what I see at 100% is that Jaikoz text is significantly larger than the browser text, so if you then increase the scaling that difference is going to be more noticeable.

But why is the text larger at 100% in my case it is smaller, this seems to be the bug.

Okay some progress, the titlebar should not be light and separate when in dark mode, it should be dark and merged like mine is, this indicates a problem with accessing the flatlaf dlls I am just trying to work out how to resolve this and if possible to give you a fix, if I can fix this it may resolve the font problem.

Okay please put this flatlaf-windows-x86_64.dll file into folder structure as shown below

Start Jaikoz and that should fix the title bar, ir may have an effect on scaling, not sure. 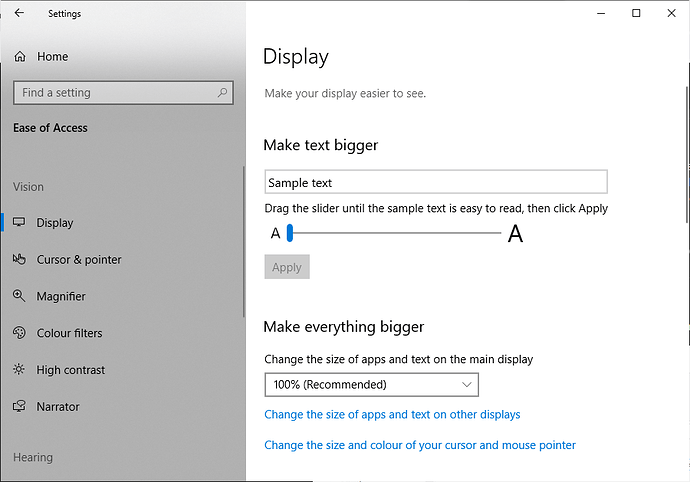 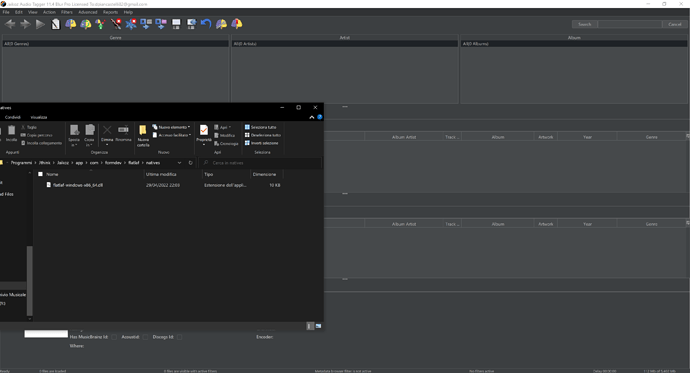 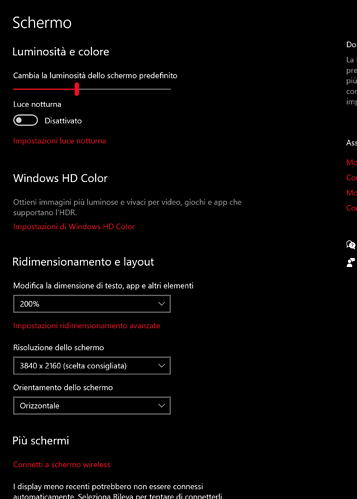 I suspect that Danielle and I may be the only people with this problem, but as you say, perhaps it points to a larger problem.

Anyway, I performed a series of experiments, and tried to capture them with screenshots, which I will attempt to include with the post.

I set the scaling to 100% [8k screen 100% settings.jpg] opened Jaikoz and a Word document, and put them side by side on one screen. As you can see, it becomes small and very hard to read. But Jaikoz is showing the columns as I like. [8k 100% comparison.jpg]

And when I loaded some files and checked them, the scaling of the Jaikoz GUI stayed the same.

I then set scaling to 150% with Jaikoz and Word – easier, but still small. But Jaikoz is still showing the columns as I like – as in it’s not so big that most of them are off screen, and when I loaded some files and checked them, the scaling of the Jaikoz GUI stayed the same.

Then I changed the scaling to 200%, and now it was temporarily perfect – I could read it, but it showed all the column that I used to be able to see across the screen.

Finally I tried closing Jaikoz and Word and reopening Jaikoz. At first Jaikoz was perfect, as I like it, but as soon as I started to open files and check them, the scaling jumped up to much bigger.

Now that I’ve got used to it, I can kind of live with the ‘blown up’ version – as I said, I suspect that Danni & I may your only customers with such high resolution monitors, and I don’t think it’s worth your time fixing the problem just for us – unless it also impacts a significant number of other people, or points to a larger problem. 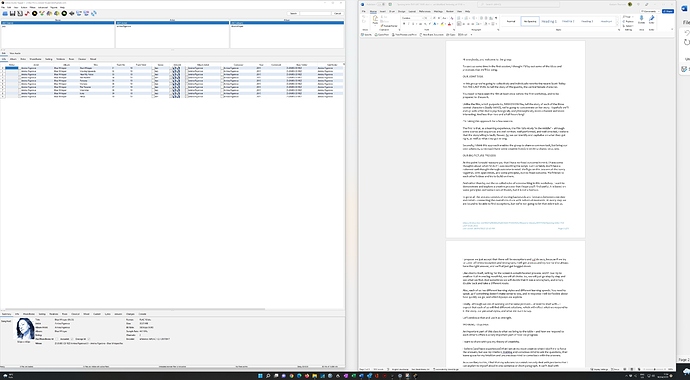 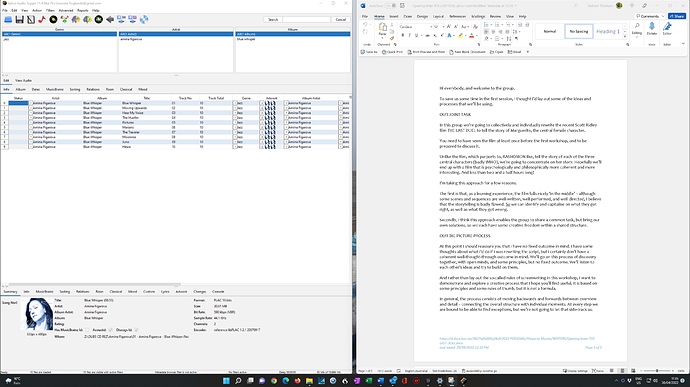 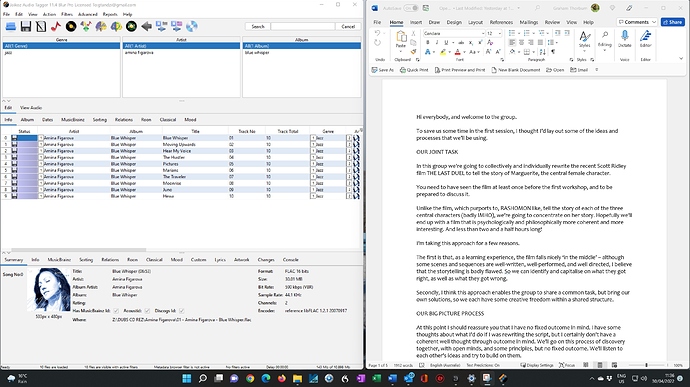 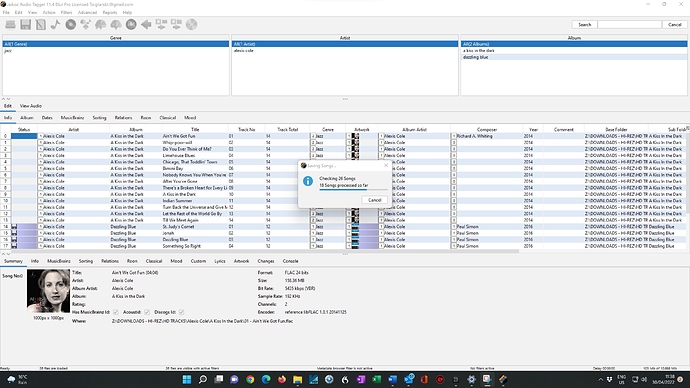 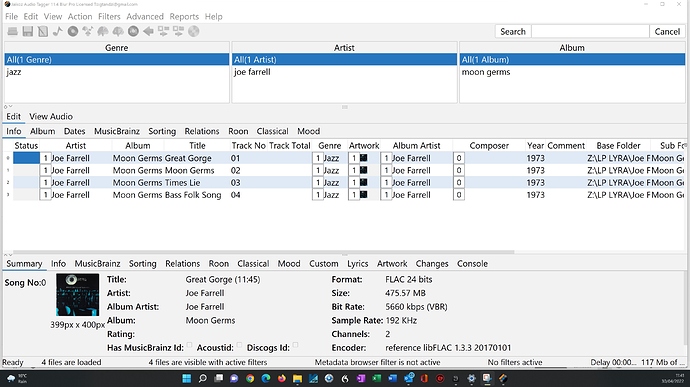 Hi, I have provided a potential fix so it would be good if you could try that and see if it makes any difference.

If the fix doesn’t work I may have a workaround for you, I have no idea why it scales too large but you can use the flatlaf.uiScale option to scale it smaller

Edit C:\Program Files\Jthink\Jaikoz\app\Jaikoz.cfg in a text editor (such as Notepad or Ultraedit)

At the end of the [JavaOptions] section add java-options=-Dflatlaf.uiScale=0.5 to scale to 50%

This should have an effect, it did for me when I tried it. You may need to experiment with the value to get it to how you want.

You can use a similar approach for SongKong as well.

@GTinOZ and @Dani82 would be helpful to get seome feedback fro you to see if either of these fixes works for you.

I haven’t had much time to test but editing the Jaikoz.cfg file seems to work

unfortunately the problem is still there. While I was using jaikoz normally, the battery level went up to 15% and immediately the letters got bigger 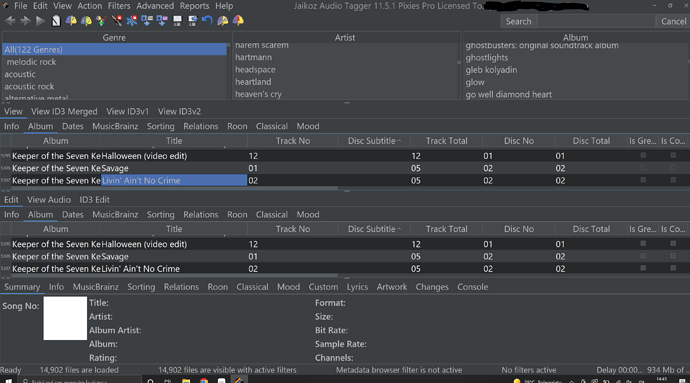 Ok, what I am going to do is add back in the classic Windows look and feel to see if the problems occurs when using that as well, or only when using the Flatlaf look and.